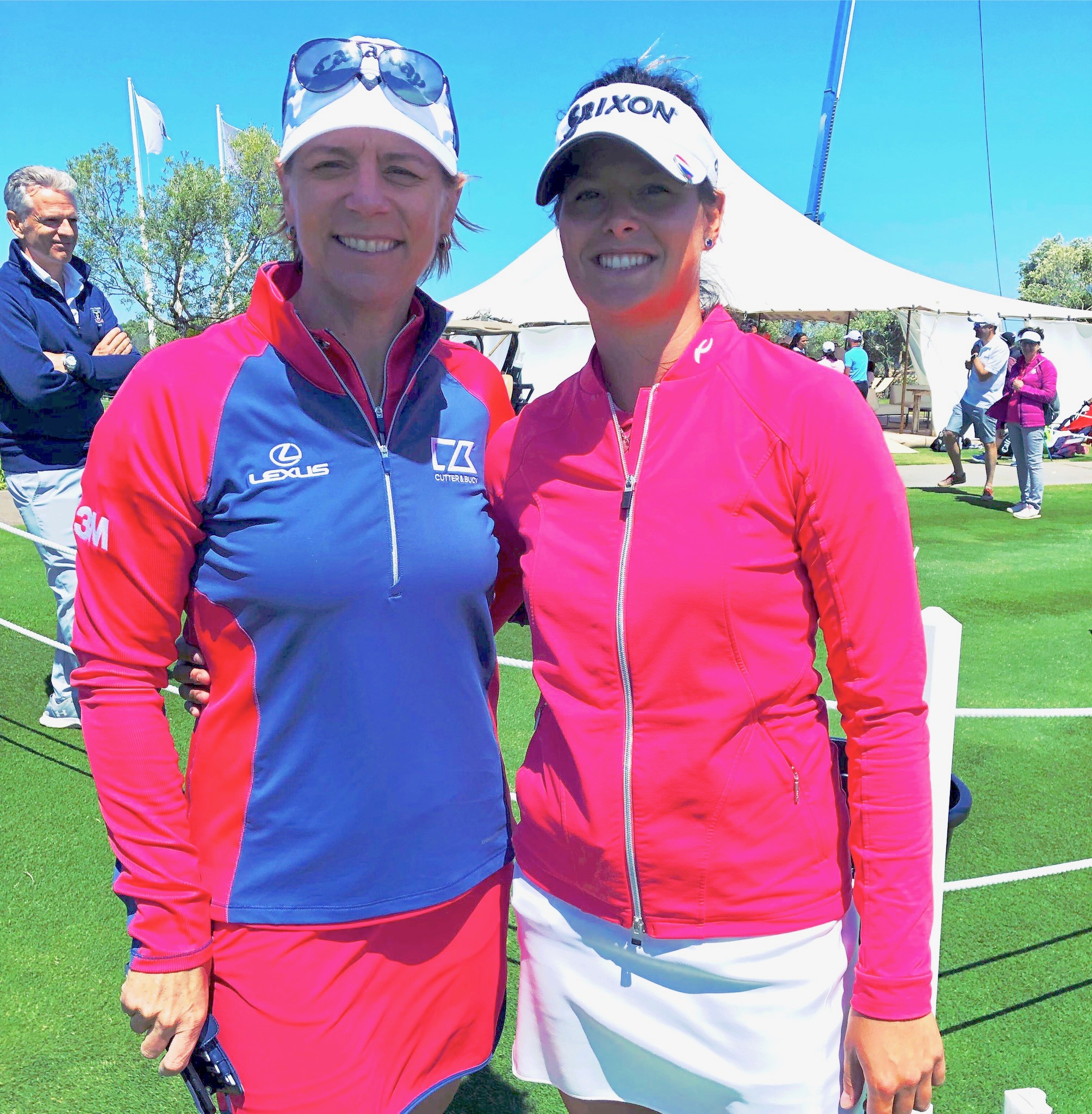 Four days before the tournament I got an email that I became the first reserve. From then I needed to decide if I should play the LET-Access or to go and see if I will get in the LET. I had a good feeling of getting into the event so I booked my flight to Málaga. Luckily I got a new email the day before my flight which told me that I got in the event.

I had three days to prepare myself for the tournament which was hosted on La Reserva in Sotogrande. The course has a nice layout with some tricky greens. The conditions of the course where one of the best I've ever been to. Last winter I played the course when I was preparing myself for the Qualifying School, so I already knew the course a little. Because it was mandatory to have a caddy I decided that it would be better to have someone who knows me than a local caddy.

It's a big event and it's always nice to have someone on the side who supports you. I called my physio Martijn van Oosterhout, and he was able to schedule me in to come and caddy for me. Which was really nice because he could help me to warm up, give me advice and carry my bag of course. We had one practice day together to check my plan and prepare for the tournament. I started off at 9.43 on the 10th. I felt excited to start and had a good feeling that day about my game. I played well, made one triple bogey because of a flyer which ended over the green that wasn't findable anymore. But I came back with 3 birdies. Unluckily I had a bad finish to make +3. I knew it was not that bad because of the strong wind we had. There were some high scores. I think especially on a course like this if you don't hit your irons well you will be struggling around the greens to make some pars. So I was okay with my score and was excited to go out the next day.

The next day I started 14.08 at the 1st. It was a windy day again, very windy. My game on the first nine wasn't that bad but because of some mistakes on the first nine, I needed to be more aggressive on the second nine. On courses like this, it is hard to get to the pins and if you are not that accurate you will have a difficult up and down left. I wasn't able to get some birdies and missed the cut by far. It's always disappointing to miss the cut but I had lots of positives points that will help me grow and learn.

Besides that, I had two days to practice on the great facilities on La Reserva. For me, it was very nice to practice here and I used my time carefully. I enjoyed playing the tournament and the practice a lot, I even had the chance to have a chat with Annika Sörenstam, one of the greatest in women's golf. She hosted this tournament and it was really inspiring talking to her.

She gave me some advice on how to improve myself and to be really patient with myself and with the goals that I set. And the most important; never stop fighting for it.

It was a great experience and I'm super excited for the rest of the season because there is lots of golf left.
Bring it on!